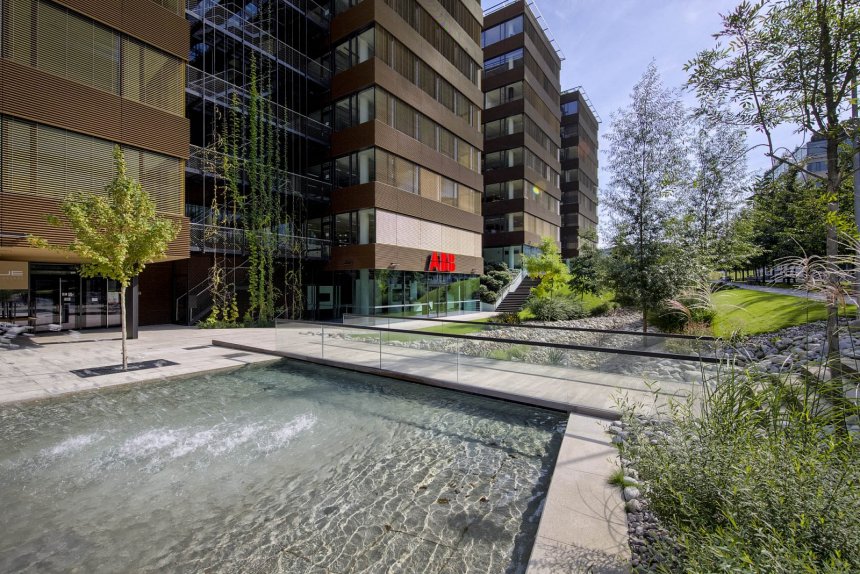 This year, Passerinvest Group, a.s. (hereinafter referred to as “Passerinvest”), which is behind the development of the modern Brumlovka neighbourhood, once again performed an on-line survey among the employees of companies headquartered in Brumlovka. A record 3290 respondents participated in the questionnaire survey. They expressed great satisfaction, particularly with accessibility, public spaces and civic amenities. The survey also showed that since the last one, which took place in 2016, the satisfaction of the employees with Brumlovka has increased by nearly 30 percentage points. For each completed questionnaire, Passerinvest donated CZK 50 to the charity of the respondent’s choice. Thus, a total of CZK 164,500 was collected for the charities Help Ukraine Foundation, Letokruh and Sue Ryder in Prague 4. The processor of this survey was the marketing agency STEM/MARK.

96% of employees are satisfied with Brumlovka

The cultivation of the public spaces, where care is taken for the ecological treatment of water, and thermal regulation thanks to a large amount of vegetation and water features, is all in Passerinvest’s DNA. Thus, it is no surprise that employees also like to spend their free time in the locality, according to the performed survey. The best-rated places in Brumlovka include the rooftop terraces and Baar Park, where people can relax in a beautiful natural environment. The local wellness and fitness club Balance Club Brumlovka is also rated as a great contribution to the location. Brumlovka square is crucial for public activities, where popular street food festivals, music concerts and vintage music are regularly organised. Brumlovka also offers a wide range of refreshment opportunities from restaurants, bistros, and cafés to modern cafeterias. According to the survey, these are the most preferred choices for dining. However, the local restaurants and bistros with a wide variety of options are also popular.

Civic amenities, which are always within walking distance within the locality, are also very important. The survey showed that the most visited shops and services at Brumlovka include grocery stores, drug stores, the post office and pharmacy.

“We held the first survey in the locality back in 2001 and this year it was the sixth in a row. We are very pleasantly surprised as to how much positive feedback we received through the questionnaires. Since 2016, when the last such large survey took place, satisfaction in Brumlovka has risen by almost 30 percentage points. We consider this to truly be a great success because of the high demands of the employees on the working environment. In general, demands for the quality of the work environment have undoubtedly increased in recent years, when the pandemic brought a higher percentage of work from home. Nevertheless, we have achieved more subjective satisfaction than before the pandemic. Thanks to this feedback, we know where we are going in the right direction and where there is any incentive for further development,” added Kristýna Samková, Head of Marketing and PR, Passerinvest Group, a.s.

The survey showed that the most frequently used means of transport to Brumlovka is urban public transport and the local shuttle bus service. 94% of the respondents are satisfied with the shuttle service, most often evaluating the cleanliness of the vehicles, the capacity of the buses and the connection intervals very positively. Comparing the results with previous surveys, there has been a significant increase in satisfaction of up to 20 percentage points.

78% of drivers are satisfied with parking

"It is quite unusual for a survey concerning parking in Prague to produce positive results. The fact that the parking possibilities in Brumlovka are so positively assessed is really a surprisingly good result," explained Jan Tuček, Director of STEM/MARK, commenting on these results.

The survey also brought interesting results about the location from where employees are coming to Brumlovka. Comparing the results with the previous survey (in 2016), the place of residence of people working in Brumlovka has, on average, moved closer to their place of work. In any case, it turns out that the concept of Brumlovka as a fully-fledged modern urban district contributes to the gradual creation of the ideal “city of short distances”, in which transport demands and the loss of time unproductively spent in transport are decreasing.

Food festivals and markets are among the most popular social events

Brumlovka is also becoming an increasingly popular place for leisure and cultural activities. Cultural, sporting and social events are frequently held in the area. The most popular events are those focused on gastronomy and traditional markets, which 4 out of 5 respondents visit. These are followed by concerts, wine festivals, summer cinemas and travel evenings. 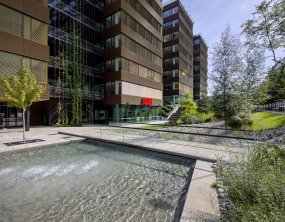 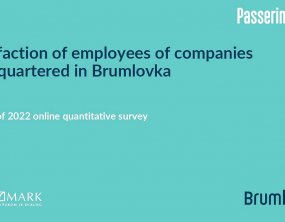 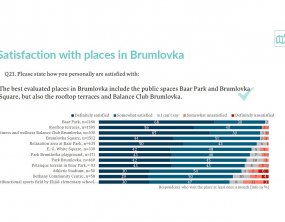 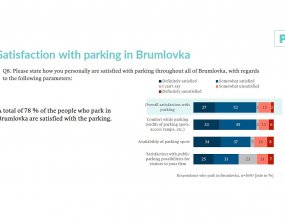 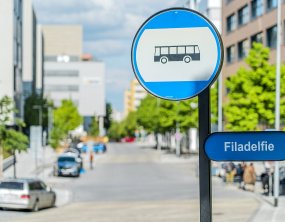 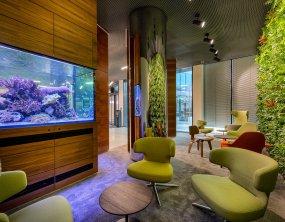 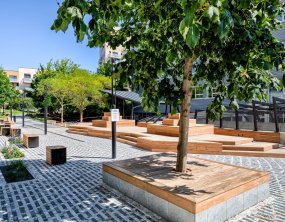 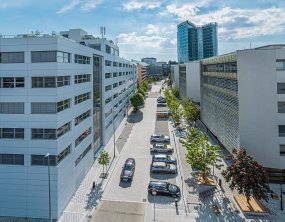 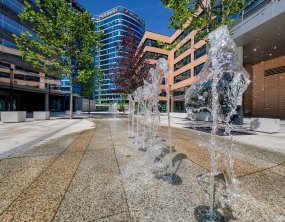