Passerinvest Group finished complete reconstruction of the building Budova B 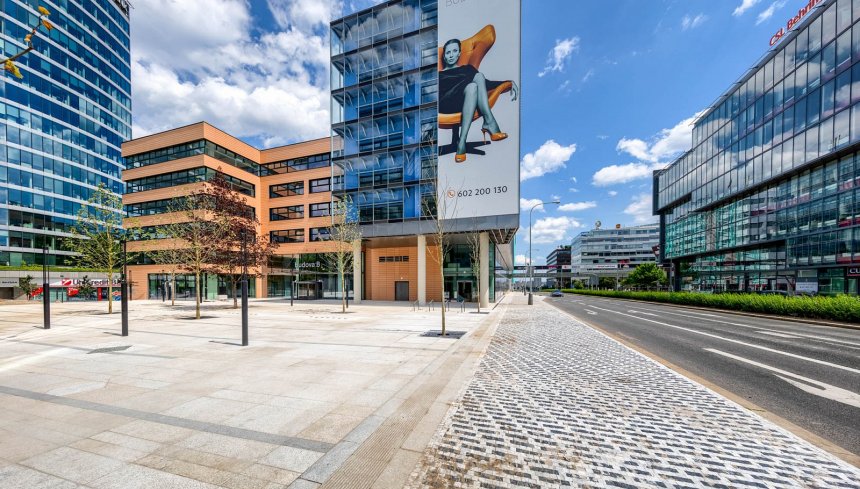 The office building Budova B in Prague’s BB Centrum, which has undergone complete reconstruction, was approved for use. The most striking change is the atrium with a water feature, greenery and benches, connected to a new public space, Náměstí Ellen G. Whiteové. The building has a new façade in earthy tones and all the technologies ensuring a quality working environment have been modernised, thanks to which all the modern standards guaranteeing economical and effective operations are fulfilled. The investor and owner of the building is the PASSERINVEST Group, while the author of the modernisation is the A8000 architectural studio. The total investment in the reconstruction of the building, including the new atrium and landscaping in the building’s surroundings, will be around CZK 470 million.

“In July,  the building Budova B will be welcoming its first office tenant, NEWPS.CZ. This November the second tenant, Alcon Pharmaceuticals, is slated to move in, along with the retail units on the ground floor, which are gradually being occupied. Further tenants will follow over the course of the following year. We currently still have 5500 m2 of offices and 400 m2 of retail space on offer in Budova B,” stated Lenka Preslová, the Head of the Sales Department of Passerinvest Group, a.s.

The reconstruction also included the cultivation of the public space. In the space between the building Budova B and the adjacent building Budova C a new square, Náměstí Ellen G. Whiteové, was created. There are benches, secure bike stands, newly-planted mature trees, designer lighting and grand new stairs to Želetavská Street available for the public. A fountain comprised of 21 jets and interestingly illuminated has been built into the pedestrian area of the square.  Even though the new square improves the environment and the surrounding office buildings, which are owned and managed by various owners, the only investor that was willing to contribute to the investment in the amount of CZK 27 million was PASSERINVEST Group. Along the building Budova B on Vyskočilova Street, the asphalt pavement was replaced by a “Prague mosaic”, which helps seepage and the retention of rainwater and creates a more pleasant environment, all at the expense of PASSERINVEST Group in an amount of CZK 2 million. Even the newly-opened atrium of Budova B, which is freely accessible to the public directly from the building Budova A, offers seating in greenery and offers a pleasant space to relax or for business meetings, especially in the summer months. At the same time, PASSERINVEST Group has had more pleasant stairs built to the footbridge over Vyskočilova Street here for an amount of CZK 4.5 million, which provides a comfortable direct path to the second storey of the Brumlovka building.

The building Budova B has a total office space of 15,600 m2 on 8 storeys and 1240 m2 of retail space on the ground floor. There is a green rooftop terrace with an area of 1000 m2 available for the building’s tenants. 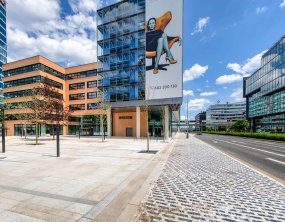 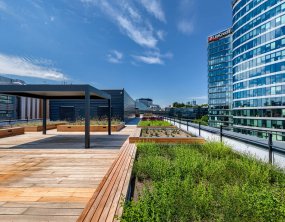 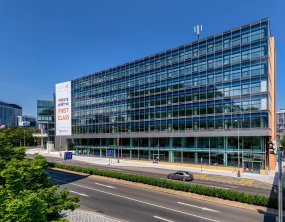 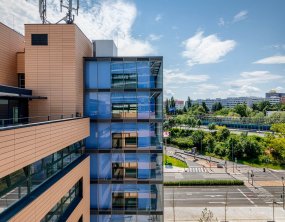 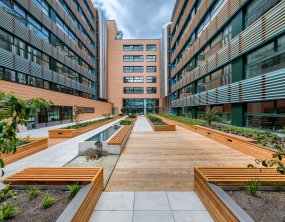