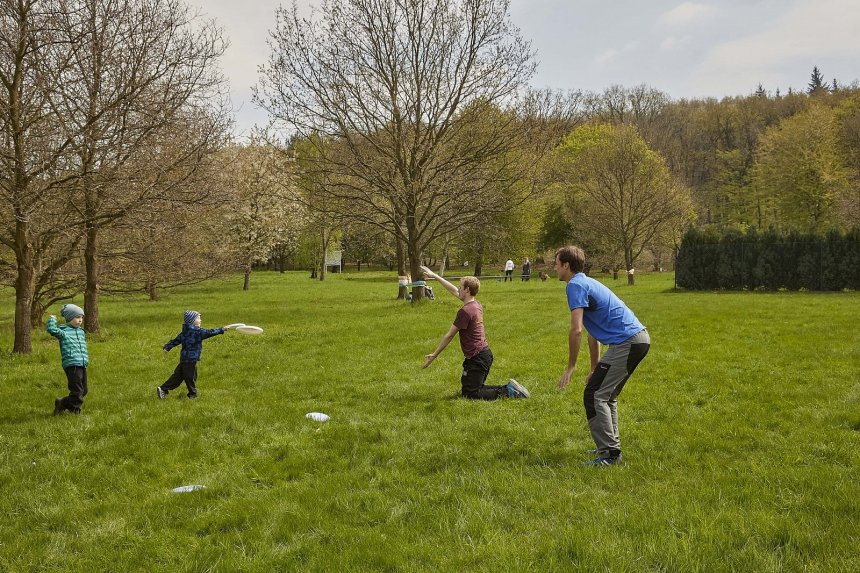 Here, too, Passerinvest Group, a.s. acts as a long-term partner to the city as a whole, with the goal of transforming a dismal environment into a pleasant and user-friendly locality, including an expansive publicly-accessible park.

Since 2006. when Passerinvest Group, a.s. first acquired land in the area bordered by Ryšavého Street, the D1 motorway, Jižní spojka and the Krč Forest, the preparation of an urban project has been underway, including housing, job opportunities and possibilities for leisure activities. The first phase of this expected development includes a transformation of the dismal brownfield of the former Interlov slaughterhouse into an area with pleasant housing in greenery, supplemented by services for the general public and office functions.

The start of the construction will follow the negotiation of the plan with the state administration and obtaining all the necessary permits. Even though small changes to the regional plan are taking place in this area, Passerinvest Group, a.s. is already working with the public space. The company has been gradually fixing up the entire south section of the land into a publicly-accessible park for several years. As part of this transformation of the neglected land, a disc golf course was installed in this site in 2017.

Furthermore, in the years 2018-2020, the company continued in park landscaping so that the park could appear friendly and open, as it is today. Thanks to these changes by Passerinvest Group, a.s., a public work-out field, outdoor fitness facility and running track were created in the area and yoga or running lessons have started to be held free of charge.

News and information on the plans are regularly communicated to the public on the pages of the Krčák žije web magazine that Passerinvest Group, a.s. operates. 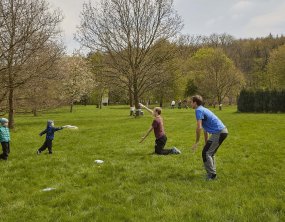 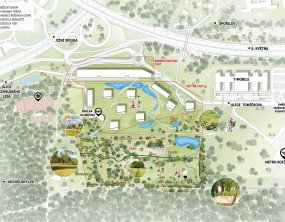 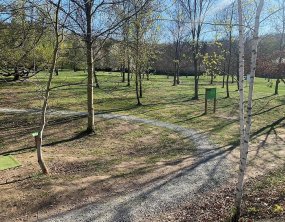 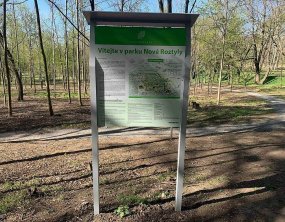