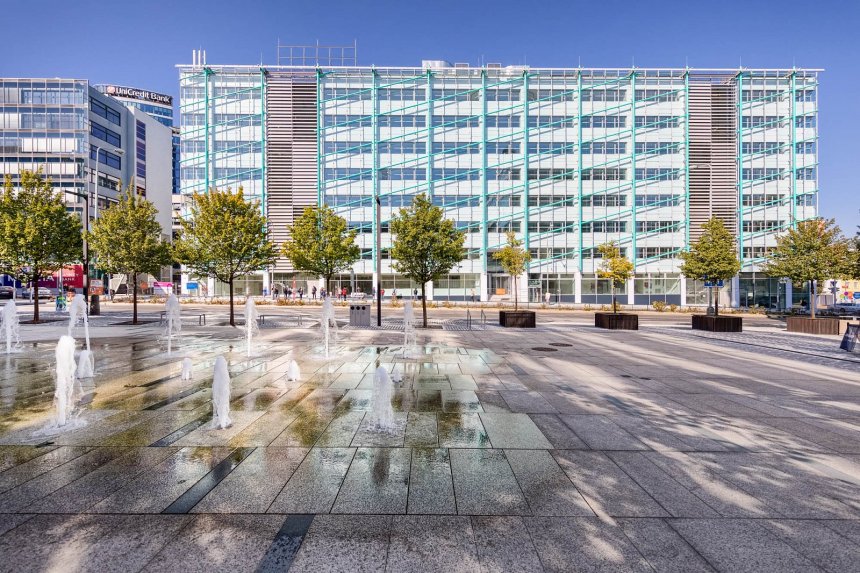 The HOF Awards (Hall of Fame – Best of the Best) recognised the best projects, companies and personalities from the area of the real estate market across the entire CEE region. The building  Budova A in Prague’s BB Centrum, which has the investment and development company Passerinvest Group, a.s. behind it, won first place in the category of Best Reconstructed Commercial Property in competition from projects from the Czech Republic, Hungary, Poland, Romania, Serbia and Slovakia. This year, the announcement of the results and the acceptance speeches took place in the form of a live stream on 27 May. The organiser of the awards is Roberts Publishing Media Group, the issuer of the professional real estate magazine CIJ.

“For us, the recognition in the Hall of Fame – Best of the Best awards for the Best Reconstructed Commercial Project for  the building  Budova A is a confirmation that we are performing good, high-quality work. I would like to thank my colleagues and everybody who contributed to this sensitive and effective reconstruction and who keep BB Centrum attractive and popular,” Radim Passer, the founder and CEO of Passerinvest Group, a.s., stated with regard to receiving the award.

In 2018, the office building Budova  A in Prague’s BB Centrum underwent a complete renovation of its outer shell and interiors. The reconstruction of the building with a total leasable space of 21,600 m2 took place in cooperation with its sole tenant, the leading Czech bank MONETA Money Bank, whose headquarters are in Budova A. The author of the renovation design is the A8000 architectural atelier. The building is owned by the investment and development company PASSERINVEST GROUP, a.s. that, as a responsible urban investor, is constantly developing the BB Centrum complex and modernising the existing buildings so that they continue to offer first-rate services.

HOF AWARDS BEST OF THE BEST recognise the projects of the year from the areas of offices, retail, residential and logistics properties, as well as companies operating on the real estate market (real estate agencies, construction companies), as well as banks and project managers. The HOF Awards were founded in 2016 in order to find the winners of the Best of the Best awards from the region of Central, Eastern and South-eastern Europe among the winners of the CIJ Awards in the individual countries, which automatically are nominated for the HOF Awards. 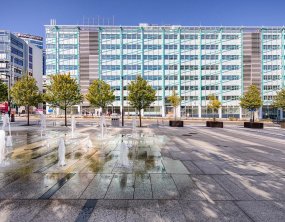 Building A in Prague’s BB Centrum

The HOF Awards were founded in 2016