Artist David Černý has pinned his “BEETLE” on BB Centrum 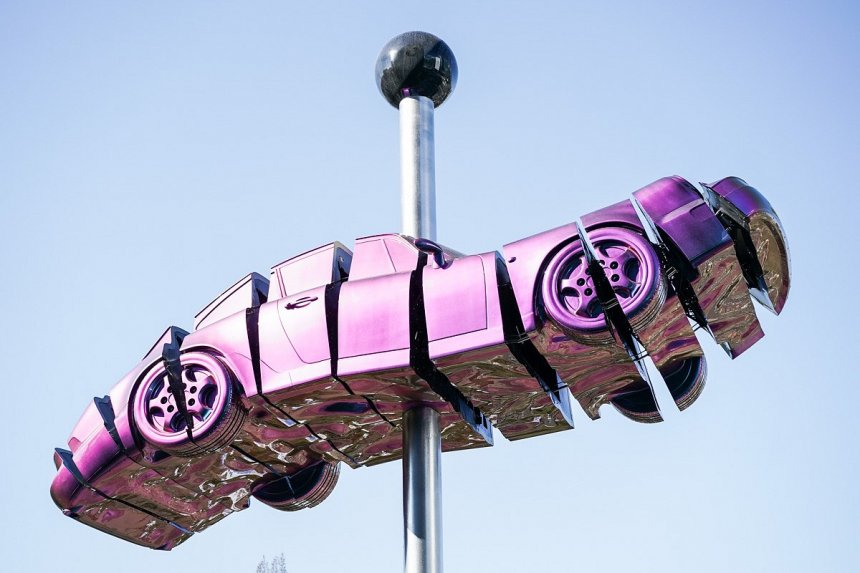 “BROUK” or “BEETLE”, a sculpture in the shape of the legendary Porsche 911 automobile and one of the unique moving installations from artist David Černý, can be seen from the beginning of April in BB Centrum in Prague 4. Passerinvest Group, which is behind the development of this location and which has long invested in non-profit projects and the development of the public space, has thus enriched this space with an untraditional installation, which will also welcome people to the complex.

The almost seventeen-metre-high, eight-metre-long and three-and-a-half-metre-wide sculpture depicting the legendary Porsche 911 automobile impaled on a large pin like a BEETLE in an entomological collection. Even the opalescent colour is a reference to the multicoloured insects living in nature. The sculpture is comprised of eleven moving segments that move with the help of hydraulics. The BEETLE is located on Vyskočilova Street right at the end of the exit from the expressway (5. května Street) in Prague 4, by the Alpha office building. It took nearly two years to make and the investor is Passerinvest Group, a.s.

“Our company has been developing BB Centrum for more than 20 years. In that time, we have invested almost 1.6 billion crowns into non-profit projects such as parks, a school and preschool, a social centre, sports facilities and playgrounds, a square, water features, etc. The idea to also have an untraditional work of art here originated a few years ago. We thought about various possibilities, such as building a unique water feature, but that was almost impossible to realise. We ultimately liked the idea for an installation with a car from Mr Černý the most, especially with regard to the theme and the chosen position,” stated Radim Passer, the founder and CEO of Passerinvest Group, a.s.

“Why a moving car? Its location by the Prague expressway, my ambivalent relation to the car on one hand, the dark side as a societal fetish, on the other hand a heavy addiction to the iconic Porsche 911 automobile since my childhood,” said artist David Černý on his idea for the creation of the sculpture for BB Centrum, adding: “Ferdinand Porsche, a native of Liberec, is the spiritual father of the popular VW Beetle. But few people know that he found inspiration for this fundamental design in the work of another constructor, the Austrian chief design engineer for Tatra, Hans Ledwinka, who lived and worked in Kopřivnice for many long years. His Tatra V 570 was even the subject of litigation between Tatra and VW after the war, a strange story. Of course, the Porsche 911, this beautiful piece of automotive design, is based on the Beetle. So it is kind of a Czech/German automotive jumble.”

“I’m very glad that almost two years from the initial designs, the sculpture has been completed. We all want life to return to normal as soon as possible, and I am sure that the BEETLE from Mr Černý will help a bit to dilute what is currently a generally negative flood of information. And once life starts flowing again, the BEETLE will become another interesting cultural and tourist sight in Prague,” added Radim Passer, the founder and CEO of Passerinvest Group, a.s. 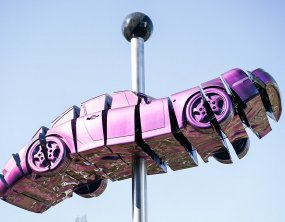 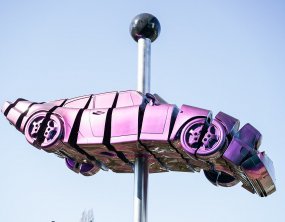 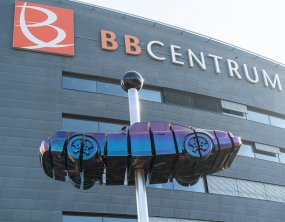 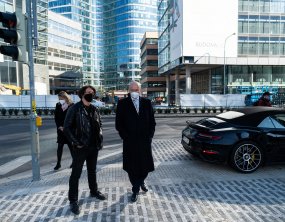 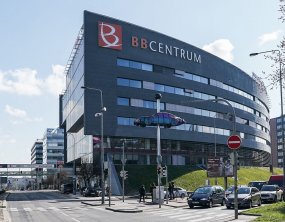